Well a 'floater' if you live out here is a pie smothered in mushy peas. A South Australian or Harry's Cafe de Wheels special but frankly . . . I've been working such long hours lately that I have 'floaters' or the beautifully named 'mucus' in my eyes. Both of them! I spend the best part of my day in front of a PC, then come home and play on a PC and today, the floatage is unbearable. What do do? 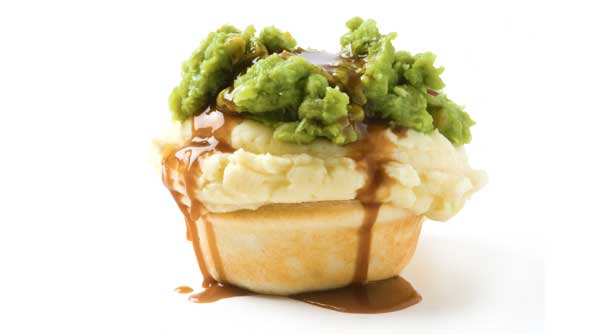 Harry's Cafe de Wheel's Pie Floater
Have you had them? Pay attention! Floaters, not pies! I've heard of them but never really experienced the little jellyness that hits your peepers at about 3:30 in the afternoon. I drive home picking and poking and delving into my eyes at stop lights. Once home, I'm feeling better but then back on the PC and I'm wiping little jelly goobers and smearing my mascara.

What on earth causes the buggars?

Apparently the causes are:

Jesus I should be a fucking doctor! I could have told you that! Tonight, my eyes are positively sore and unfocussed and I'm only 20% through catching up on posts.

What really pisses me off is the fact that I use spreadsheets created by others that have such tiny type and when you enlarge them, they just don't make sense because navigating the things is tantamount to Magellan rounding Cape Horn so I've spent the entire day 'squinting' at my computer screen at about 5pt type and entering tender stats . . Oh Hai!I work for the Government, perhaps some OH&S leave is called for.

So . .apologies to those I don't visit but I feel like I'm looking through bottle bottom glasses with sticky eyelashes, which peturbs me even more given that I was gifted some lovely Chanel mascara for Christms which ends up wiped across my cheeks by the time I arrive home. A couple of days R & R and I'll be back on board. Then again, maybe I'll just hit the Visine and cross my fingers or my eyes.

Oh Baino, what big brown eyes you have!

All the better to see with my child:)

Both kind of floaters I'm not familiar with. I can't say I'm sorry.
Are you allergic to the Chanel mascara? Sorry! Just an idea.
Stupid. I know. Visit a doctor. With any luck he's a fucking one and gorgeous too ;-)

I'm sure we'll all understand if you take a bit of time off from visiting all those umpteen blogs....

Never had the problem myself so can't give you any advice. Hope you find some effective remedy.

It does sound like you need some R and R. Rest those eyes! Maybe in a warm bath with nice music...

and i think there are drops that will help considerably. probably time for a quick opthamologist visit.

it's a weird feeling, isn't it?--like watching a movie from the inside out.

Yeah, I get floaters, too. I'm told it's also one of those signs of aging. Yup, I can believe that!

what you have we just call eye boogers. It's just mucous. Maybe you're getting a cold or some other viral things. Warm compresses should do the trick :)

Well this food looks disgusting to me. :P

i hear the eye floaters are made of the same stuff as boogers...really.

hope you get your R&R soon. smiles.

Hmmm, staring at a computer, working under horrid flourecent lights, not enough sleep. No WONDER I have floaters. Now...to get rid of them...

I hate when that happens.

The food floater, however, looks yummy to me...

If you mean floaters on your eyeballs, you're lucky. I have floaters inside my eyeballs. Ain't nothing you can do about them, they come to shortsighted people with age, as the jelly inside your eye shrinks. Oh, lovely.

Found out today at the hospital eye clinic that I have another vitreous detachment. You know what that means? Yes! More damn floaters! LOL!

I'd see a doc dear - it can mean more than just nothing. Might be nothing, might be something.

I always wondered what caused them. I'll have to try rx Bambi's tip.

Only you could get Magellan in a post about vision problems! LOL

I have floaters in my eyes – I have had them for over 15 years. They often come from a brain concussion. This is the way I got mine – there was a terrible storm and I was filling the tank of my Swedish trainees’ Ford (we provided them with a vehicle) and was trying to hurry up. When I went back into the car I kind of slipped and hurt my head violently against the door – it hurt. Two or 3 days later I had these little black spots floating in my eyes and went to the eye doctor to check on them. I had forgotten about my head knocking against the car. After looking at my eyes the doctor said “did you hurt your head pretty hard?” I thought and remembered the incident. He told me that I had suffered a mild brain concussion and the floaters were the results and that they would never go away. They have not but I am used to them and don’t even notice them. Hopefully yours are from being tired and won’t last.

well shit, no wonder I get them. That sucks because none of those causes are going to go away any time soon!

Well now - floaters in the eyes - that just screams Workers Compensation Case to me or maybe "Stress Leave".....Government employees lurve to use these two excuses to their advantage!

Alas I have floaters, I have them most days - of late more than others - I just thought it was my usual allergic reaction.

You poor thing! I used to get them occasionally too which is ironic because I probably spend more time at the computer these days working from home than I ever did at the cube farm.

I may be a native South Australian but I was never ever drunk enough to consider that a pie floater from the van in front of the casino at 2am was a good idea ~shudder~. Besides, coming back up again several minutes later (as so many of them did), they didn't look much worse so why go to the trouble of buying one in the first place?

Never had any floaters, eye or pie, so can't offer any real help. If it's a recent thing, it may be an allergic reaction to the mascara. Leave it off a few days and see. Also see an eye doctor to check your eye health, and try to stay off the computer as much as possible. At work that's impossible, but at home your bloggy friends will understand. Can you email the spreadsheet people and ask them to use a larger font? Even one size larger can often make a huge difference.

Apparently when we use computers we don't blink as much and therefore we generate less moisture in our tear ducts. Oh, and ask for your tender submissions to be in pink crayon only.

I decided I couldn't wave the South Australian flag proudly unless I had one of our pie floaters. It was disgusting. Green thick soup with a pie plonked somewhere, submerged in the middle of it. The image you have actually looks edible, regardless of some comments that suggest otherwise. It is, in fact reasonably presented.I could eat that. I couldn't eat what was presented to me at the pie cart...and go see the eye doctor asap. I'm sure there's a solution.It's no doubt something they deal with all the time.Good luck with it.

Can't mention floaters in this house with the teens collapsing into fits of hysterical laughter (see earlier poo comment).

Hope you get it sorted young lady xx

I've experienced floaters. They're weird, there's been times when I've just awoken and seen what have looked like a Huntsman spider or two scaling the wall.

OY! Sounds dreadful! Here's to un-gummy eyes and fonts that are legible (Eli uses a font on his laptop that is insanely small, I don't know how he does it). You would be the best doctor -- laughter is the best medicine! And as evidence that my cold is bad, that food looked really good to me. LOL.

I've had floaters all my life and because I am used to them I never worried about them. They come and go.

Get to the ophthalmalogist and take a breather from the PC.

I wish you could build a few homes over here. We need accessible housing, hell, we need a healthcare system that works, jobs and other things...

Good Luck with the floaters.

I'm sorry to hear that Baino.I hope it will get better.Much love to you.

Baino, that visine stuff wouldn't be great. There's an old treatment we use which is very effective for treating styes and may just be what you should try for that problem. Take two damp and previously used tea bags, put them on your closed eyes and hold them there for about fifteen minutes. The problem should be sorted within 24 hours. Try one eye first to test and if it doesn't have the condition the following day when the other does then you'll know. I think it's worth a try.

P.S. The South Aussie pie floater is different from the one in your picture. Over here the pie is served in a shallow dish floating in/on a sea of thick green pea soup with a good dollop of tomato sauce on top of the pie.

By the end of the day, I can't read a thing! Blech! Good luck with the floaters!

Hey missus, you only have one pair of eyes - get them checked out professionally!

The pie looks revolting! maybe because I hate mushy peas and mashed spuds.

Tsup*!* I get them from time to time
... computer gets the blame, so I'll get off before they pay me another visit*!*

i've heard they are just natural results of living.... we all get them, so folk just don't really notice them....

love mushy peas....now there's a floater I can go with

hope your eyes are getting clearer and brighter