Those Who Can't - Teach! 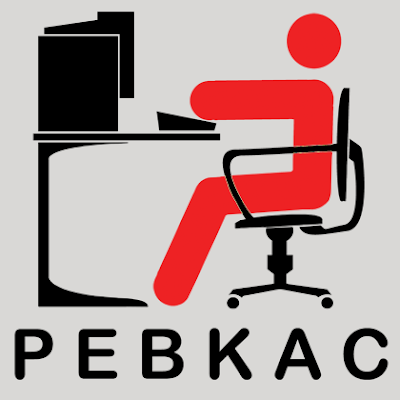 I've never really believed this dictum "Those Who Can't Teach".But it helps if you're proficient in your subject.

We have industry software that forms a client relationship system, address and client details database and assists with forward projections and strategies for clients financial situation. Our Planners are pretty good at using it, in fact we often break it because we are among their top 10% of users in terms of stretching its limits. It's sophisticated, useful but if there's a glitch or a problem, we'll find it! Now before you get totally bored with the topic, stay with me.

Today, Char, Jaime and I wondered into the city for a four hour 'advanced' session with someone who had been forewarned that we would ask the curly questions and want a detailed tutorial on the lesser used capabilities of this particular software package. We sent a forward Agenda for which our company is paying a handsome sum so lack of preparedness was no excuse.

I also had on my mind that at last I'd get to meet two young men who have made my work life very much easier by being cooperative on the Helpdesk and as Level 2 support. These two lads know their stuff. They speak plain English and allow me to flirt outrageously and have a laugh while their little cursor bobs around my desktop thanks to dial in technology such as GoTo Assist. Armed with two bottles of wine and some chocolate for Mattie Rattie and TheModel we hit the citybus and travelled into town.

None of us had bothered to look at a map or even take any notice of the street address, we just needed Level 8 in Castlereagh Street. Silly women. I thought Char knew, Char thought I knew ended up Jaime had a friend who knew so we finally found our destination.

Before we started with He Who Can't Teach, I asked to be introduced to Mattie and TheModel to thank them for their help. I thought he'd turn me loose so I could speak normally to them but no . .he cantered up behind us, introducing me to people I either had never spoken to or did not want to meet before the two boys sauntered down the aisle of 30 or so workstations for rather embarrassing introductions. Matt I knew what each other looked like, we're Facebook pals so he was easily recognisable. TheModel, I didn't but hands shaken, wine passed on and He Who Can't Teach babbling in the background made it a rather edgy and uncomfortable rendezvous. The boys smiled, thanked me for the gifts and we were literally whisked away by He Who Can't Teach. I could almost feel him creeping up behind the three of us as if he had 12 metre arms, curved and shooing us towards the training room like a farmer with a brood of chickens. I would have liked to invite the boys for coffee after the training session or voiced a little more than a quick "thanks chaps love your work" but no . . we were now the possessions of He Who Can't Teach and he wasn't sharing.

It became clear only an hour or so into our deep and meaningful exploration of COIN (the software package) that we knew more than this idiot trying to show us. Our questions were making him tweak his collar and blush. He bumbled through sections reading directly from his notes which were downloaded from a Help menu that we could have easily accessed in the office. He insisted on breaks we didn't want to take and then when completely flummoxed by our inquisitiveness rushed out of the room to seek an expert opinion. All in all, we learned a bit, we questioned a lot and he knew bugger all! What really made me mad was that I'd asked for someone expert in the advanced use of COIN and got He Who Can't Teach . . I know he can't teach. He's a BDM, our translation "Brochure Delivery Man". His role is to keep the client happy, pop in now and then and tell us what fantastic innovations have been added to the next upgrade. He's a warm and fuzzy man who isn't very warm and fuzzy. I've had him before as a tutor and was not impressed. We didn't pay $600 to waste 2 hours of our time when we could have been having coffee with Mattie and The Model. Just wait until I get the Bill! Tonight He Who Can't Teach will be doing his homework!

Sorry chickens. Next time we'll get organised in advanced! Matt - share your chocolate!
Posted by Baino at 6:30 pm

You should charge that guy for what you taught him during the day!

We used to have "BDMs" working as "consultants" for my old firm. They had spent their lives selling milk and tried to teach us how to sell jewellery. Don't get me wrong I was trained in selling by "Blue Chip" companies and used the tecniques with jewellery.
What makes these guys think they know better? Debs x

LOL Business Development Managers. I still don't know what they do.

I hate softwares especially when they freeze in the last moment and I realised I forgot to save in every 10th minute.

I've been on plenty of similar training courses where I learnt zilch because the trainers knew so little themselves. But they get away with it because most people don't bother to complain, they just shrug it off and get back to their normal work.

I know people don't like to make a stink but you need to politely request another session (free) with a 'real' expert. I have worked with finance/tech and support for years and this is unacceptable. Nice touch on the wine for the lads - so many people never bother and you'll have even better support now!

Not entirely his fault GrannyMar he's not a proper 'trainer' but because there were only three of us they didn't deem it necessary to provide their most experienced trainer, she would have cut the mustard!

Debs, when I told him we wanted someone with 'advanced'knowledge he replied that he was going to be the trainer and hoped I wasn't disappointed. How does one reply to that "Yes actually Malcolm, I'm totally disappointed because you're a useless communicator". Just couldn't do it!

They deliver PDS Ryan and smile a lot and tell you how wonderful their product is and that they'll go back to the Developer with your curly questions.

Ropi . . get a Mac! Windows is designed to CRASH

Nick, I'm hoping they'll send us an evaluation questionnaire that we can answer anonymously. I don't want to particularly shoot this guy down but I do want someone to know that he's not competent at the advanced levels.

I reckon you should contact the company's CEO and tell him/her/the machine that it was your two fave blokes who know the stuff and should be teaching, not the chocolate teapot you had on the day.

What Kath and Quickroute say! Maybe someone can teach him to be 'warm and fuzzy' someplace else.

What a pain in the arse! This made me laugh out loud, though ... "I thought Char knew, Char thought I knew ended up Jaime had a friend who knew so we finally found our destination." :) I agree with Kath!

Wow, I'm sorry you had to go through that. I was a regional technical manager for a large electronics company for years. I came up through the ranks, tech support desk start. I know the kind of babbling fluff artist you are talking about.
Definitely say something! Don't let it happen again!

You just reminded me of a professor I used to have. He would speak in one long (almost binary) never ending sentence. I'd lean over to the guy next to me and knock his huge Server 2003 book off his desk causing a loud crack as it smacked the tile floor. Everyone would run out of the room. He finally got the hint! :)

to be a teacher, you must have people skills. Evidently, this chap doesn't have any! :)

Kath don't worry, they know how fab young Mattie and Rowan are! Matt's a contractor but Rowan just got a promotion . . .loves me boys! Chocolate teapot! *snicker*

Anony, I think his talents or lack thereof are recognised. We're just not as important as their big clients ANZ Bank and Westpac so we got the understudy!

Red you are a woman of many talents! My feelings have been made known. Don't want the guy to suffer too much, he's not a proper trainer really.

eli? Melissa? If not welcome. Yeah well we all thought we knew where we were going. Turned out we were three blind mice! Found it in time for a cappucino before hand so it was all good!

JD I'm shocked! I thought you would be the model student despite the inadequacies of your tutor! Unpredictable you red heads!