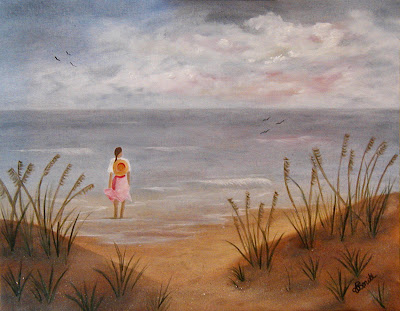 I am often alone but very rarely lonely . . . in fact over the past 4 days I have spoken to no-one other than my sister for our Saturday morning coffeefest. DrummerBoy has been away for the weekend, behaving badly in Fingal Bay no doubt. ClareBear is staying with native Bolivians then onto the Inca Trail so no communication with her this week. BabyBro and Stressany are on a short break so it has been me . . five acres, a few bottles of champers, three dogs and a computer. My house is spotless, the washing done (even the dog!), some photos taken and uploaded and a couple of long distance IM conversations with bloggy pals. I've eaten what I like, watched a couple of distinctly unmemorable DVD's except for Jessie James with Brad Pitt which is a crap movie but beautifully photographed. Hello! . . it's BRAD PITT!

If I ever did feel lonely I could easily pop over to any one of a number of friends for a chat and a chotapeg but I can't be bothered. I could ask The Merry Widow to come to the movies with me or dinner . . but I can't be arsed . . . I could reconnect with a number of those friends that you don't see too often but no water has passed under the bridge when you do . . .but it's all too hard .

I don't mind doing things on my own. Sure company is wonderful and I'd be lying if I didn't say I would rather be in a loving relationship but you don't need company to go to an art gallery or craft market. To take a drive to Colo and paddle with your dog. To wonder aimlessly with a camera and snap uninterrupted. Some things simply have to be done solo - shaving your legs, picking your nose and eating barbeque ribs to name a few! *Who mentioned the unmentionable?*

I do however, miss the social company of men. Not in a romantic way although I'm an outrageous flirt but I've always had a decent connection with men. (Outside the workplace that is . . I am too 'assertive' for the tastes of many men!) *Who just said 'that's boardroomspeak for bolshy biatch'?*

I'm not one to sit and talk about shoes and handbags, kids schools and cappuccinos. I like politicising with men, I like learning about how they tick, what they think. I like challenging their politics and sexual attitudes. I'm even up for some education on football etiquette if they must talk about sport and thanks to a strong connection with golfers in the family (I have been a grass widow for many years) I can hold my own in golfspeak! And of course I am a much better barbequer than ANY man . . being a single parent has a certain androgynous character to it which allows me to hold my own when talking about pool filters, power tools and petrol mixes!
*Who just challenged me to explain the 'off side' rule in soccer?*

Sure I work with and for men but that relationship is very different. Only two are in junior positions to me, the rest are women . . all the men in my work life are controllers and me the subjugate peon doing their bidding so 'conversation' is restricted to the goings on at the workplace. One partner is rarely there and only speaks to me to castigate me for some wrong doing or to fix a problem with his PC. The other prefers to email me rather than eyeball and speak even though his office is less than 10 feet away from my little corner of the workiverse. Even TheBoss who I love dearly, is different at work. He puts on his professional demeanour and is rarely jovial or the same person I socialise with. So, short of joining a mechanics course or polishing up on quantum physics, I think my contact with men over the next few years is going to be few and far between and at my age, they start to become less interesting. Out come the cardigans and slippers or they begin to drop off the tree or develop an interest in trophy wives . . .

So, it's the 'alone' life for me and that's just fine and dandy. *Who just shouted 'be careful what you wish for'?*

The harsh reality is that I have NEVER truly lived alone. I've either been with parents and siblings, married or back with parents and siblings. Sure I have my own home but it's physically attached to another and whilst we respect each other's privacy, shared facilities mean notifying each other of events and use and of course we get on and often share these areas together . . .I really want to be beholden to only me . . *Who just yelled out 'control freak'?* . . just for once and probably just for a short while . . . if Mr Wonderful is thinking of crossing my path, he'd better pull his finger out and get a wriggle on . .

Of course I want my children and their children to treat my home as their own over the coming years and the thought of a perpetually empty house is daunting. I won't be downsizing because in my experience, they all come back at one time or another. Who knows, I might even take on a boarder!

The reality is that it's taken a long time for me to really 'like' myself. To feel confident in my ability, comfortable in my own skin. On many occasions, I've bitten my tongue because I have been so dependent on an income that I've shut up and put up. I've lost sleep over clients due to a mistake (not necessarily mine but ones I am ultimately responsible for). I am just a wage slip to them but, once I'm financially free, I'll be more accepting of the trials of the workforce because I will be there because I want to be, not because I need to be. I can let go of the very last of my insecurity issues (fear of losing my job/income) and begin to focus on me! Selfish? Probably . . About time? Definitely!

Although when I finally get rid of this Albatross around my neck and am financially viable . . .I would like a traveling companion. Any volunteers?
Posted by Baino at 1:55 pm

I just wrote a huge comment and deleted it. Wish my single female friends felt the way you do! I met latest husband when had given up on men and had accepted I was going to be on my own forever more and was truly happy about it. I almost threw him away before knowing him because loved my life then so much. Love it now but sharing. I think it takes liking yourself before meeting someone who deserves you :)

You sound remarkably self-confident and self-sufficient, Baino. Most impressive. I always think loneliness actually means boredom and if you're not bored then company isn't a big issue. It sounds like you're seldom bored because you're curious and enthusiastic and have a lively mind. And talking of curiosity, what exactly is a chotapeg??

Well once you have yourself sorted out, if you make your way over here on your travels I'll bring you hill walking. No tough climbs I promise :-)

Baino, years ago I thought the loneliest place in the world was in a crowded room. That was before I relaxed and discovered ‘people’! This year I pass the 10 year mark of living alone. Yes there are times when I would like someone here, but mostly I just get on with life. The one thing I have noticed is that I am becoming a little selfish with ‘MY’ space.

Baino - you'll never be alone as long as you stick to blogging! We may be only 'virtual' friends but I'll raise a glass of virtual bubbly to you anytime!

I agree that the time has come to focus on you. You've done a brilliant job bringing up the kids on your own and that's something to be really proud of. It's not a bit selfish to want to do something for yourself at this stage of life. What would you really like to do but never had the opportunity? Start off by doing something simple, something you've always fancied doing but never got round to. Go on treat yourself, you deserve it! You never know who you might meet in the process ;-)

Anon: so there's hope for me yet!

Nick: A chotapeg is an old Indian Raj term for a G & T, my mother used to use the term, sounded better than 'whiskey and water'.

I'm definately self sufficient. Not so much self-confident. That's one thing about being a 'coper' you receive less support than a 'lame duck'. And you're right about boredom, that does make me lonely.

Thanks Thrifty, I'll pack my wellies just in case there are bogs involved!

GrannyMar: I know, you and I have a lot in common in that respect. I just hope my kids don't move too far away.

Steph: Too true. My main goal is to meet some of the bloggers in my travels if I can wind them into the big trip! Actually my camera is the first step. I don't mind wondering around on my own taking photos. Haha . . I often say, I've had my first love, my great love . . .just wondering if there'll be a 'last' love! (Then I think of the washing and having to watch sport on telly and go off the idea!)

I think I can be similar, in the sense that I relish my alone-time, feel more productive that way, look forward to solitude after a while in company.

But I find the polticizing too much effort and actually will prefer the chatting about kids and life instead of going deeper, when I'm around people. Most of the time, at least. I can dive on into a debate when appropriate, but I don't seek it out.