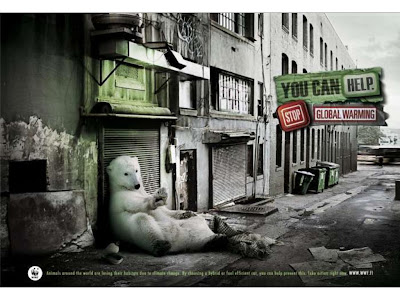 The Kyoto Protocol was developed by the United Nations Framework Convention on Climate change. It is an agreement negotiated by many countries in December 1997 and came into force with 's ratification on

The goals of were to see participants collectively reducing emissions of greenhouse gases by 5.2% below the emission levels of 1990 by 2012. This was achievable but with the slow uptake on ratification by developing nations, it’s now looking like a pipe dream.

India and China, which have ratified the Kyoto protocol, are not obligated to reduce greenhouse gas production at the moment as they are developing countries however, since it’s inception, China is about to overtake the USA in emissions. The West has effectively outsourced much of its carbon emissions to and . Which seems fair as these countries are developing and to impose a principle of “Do as I say, not as I do” is not appropriate any more than the West objecting to such countries developing nuclear (and George, it’s not newcular) capabilities when we already have them. How patronising of us to expect to be able to have such technologies yet deny them to developing nations.

While almost every country in the world has signed the Kyoto Protocol, the signature is a token gesture. Only formal ratification of the Treaty carries legal obligations and effectively becomes a contractual arrangement. 169 countries have ratified the agreement. Of the signatories, only 2 refused to ratify up until December of 2007 - and the .

negotiated hard when the Kyoto Protocol was being developed; in fact it was to be allowed an 8% increase in emissions. Even so, refused to ratify the agreement until the recent change of Government 2007. The excuse - it will be bad for 's economy (which incidentally relies heavily on the export of natural resources to developing nations). Our booming economy no longer rides on the sheep’s back but is due to the delivery to developing nations of natural resources such as coal, iron, tin, uranium, bauxite.

What makes the ’s position now even more unacceptable is that the is currently the largest emitter of carbon dioxide in total of any country. holds the shameful record for the highest amount of carbon dioxide emissions per person. (Well we do own a lot of sheep and cattle who persist in burping methane on an hourly basis!)

Politicians and diplomats will continue to argue, finger point and delay massive action and participants seem to be concerned only about their own parochial interests. Only a few voices in the wilderness seem to be thinking globally on this issue. Whether you are a protagonist or a detracter on the issue of whether Carbon Emissions create Global Warming, there is no doubt that the planning is warming. Reducing these emissions can only be a good thing, even if it constitutes a reduction of pollution alone. I’m hopeful that Kevin Rudd and his new Government will be able to wield some influence and that his rather veiled remonstrations at the recent conference are more than rhetoric. I would like to think that a change in Government in the will have a similar effect. George Bush is a terrorist and must be removed at all costs along with the cronies that put the words in his mouth and write the policies he touts.

and also need to quit posturing about targets being unreachable and needs to be more vocal in relation to its southern neighbour. More than anything, I hope that existing science and technology will be given the opportunity to present alternatives and flourish by being embraced by industry at large instead of being shunned due to an inherent resistance to change and ardent protectionism. Yes, coal miners are capable of being re-educated to produce clean energy. Forresters can actually drive trucks that carry something other than logs and paper does not need to be dioxin white.

There’s more: I want office workers to stop printing out their emails and transition to paperless technologies – turn off their lights at night and power down their desktops and printers. I want food producers to quit over spraying and over packaging. I want young mothers to stop using disposable (of course they are not in any way disposable) nappies for their children because they’re too lazy to soak and wash. I want us to think about the amount of meat and leather we consume and use – cows produce methane. I want everyone to conserve energy and water which down under is a precious commodity. I want people to recycle their garbage, to compost and move away from the ‘disposable’ mentality. You don’t need 15 spray cleaners to achieve a sparkling shower and toilet. I want drug companies to quit their expensive patents on medicines that can cure disease. I want charities to be judicious with their spending and stop sending me Christmas Cards and notepaper and stickers for envelopes I’ll never use instead of putting that money to good use. Nobody needs three TV’s, an indoor kitchen and an outside room. We don’t need to run up to the shops in our V8’s and SUV’s. I want gross consumerism to cease (this will also have the net effect of restraining inflation, reducing interest rates and preventing credit debt if it’s the hip pocket you’re worried about),

It’s all about consequences. We teach our children about responsibility, sharing, fairness and to be mindful of the consequences of their actions yet when it comes to global environmental responsibility, we ignore our own advice. WE ARE RESPONSIBLE whether we like it or not and we WILL SUFFER THE CONSEQUENCES of neglect and inaction.

To my mind, ratification is not the be-all and end-all to the problem. Global warming is simply a slice of the environmental cake. We have other issues such as overpopulation, resource degredation and deforestation, overwhelming landfill garbage sites, disposal issues with clean energy and our unrelenting reliance on non renewable energy sources, desease and lack of population control. Without direct action, we will be the shortest living species to have ever ‘graced’ the planet in its entire ecological history and yet we will have left a very nasty, and not so little stain!

Well said Baino. Just to add; Young Mothers, you don't have to actually resort to boiling used nappies in a huge pot on the stove, you can purchase disposable organic fully biodegradable ones.

Thanks Jack. Yet again, a serious post - no comments - I sometimes feel like I'm bashing my head against a brick wall but I'll keep the faith! I didn't know about the organic disposable nappies (been a while since my two have been toilet trained)

Perhaps we all don't want to chime "I agree" :) Running all over the place at the moment ... that time of year!